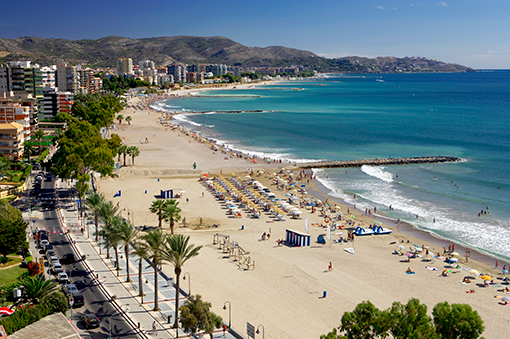 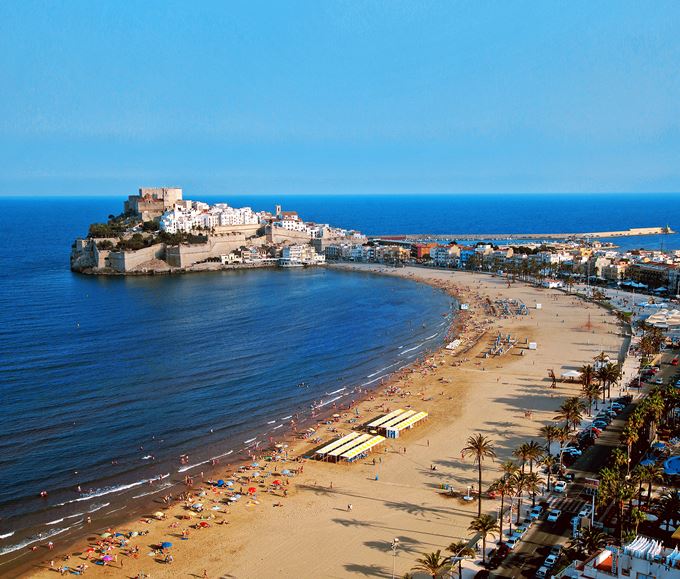 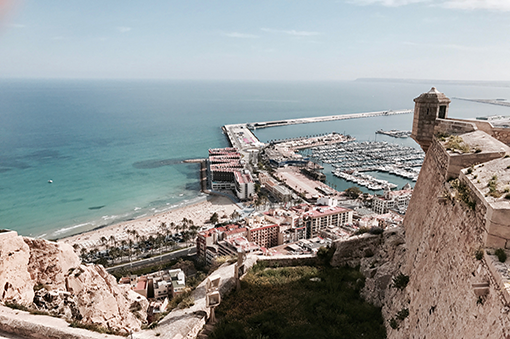 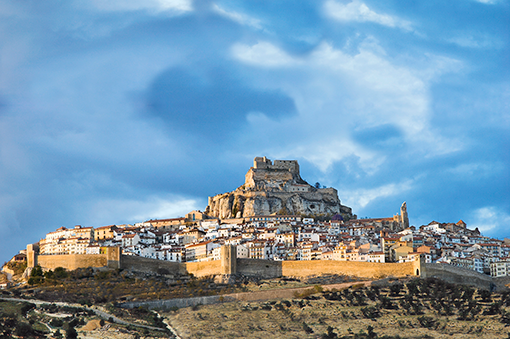 We receive the group at the airport and transfer to the hotel. Accommodation, dinner and accommodation.

Half-board stay at the hotel. Free days to enjoy the relaxation of the beach and this wonderful city that has many charming corners. Optionally you can make excursions to different places in the environment.

Breakfast and free time until the time of transfer to the airport to return to your original destination. 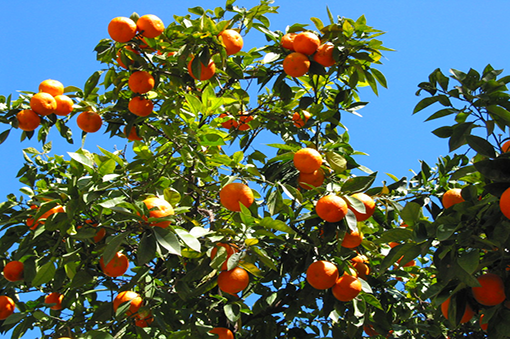 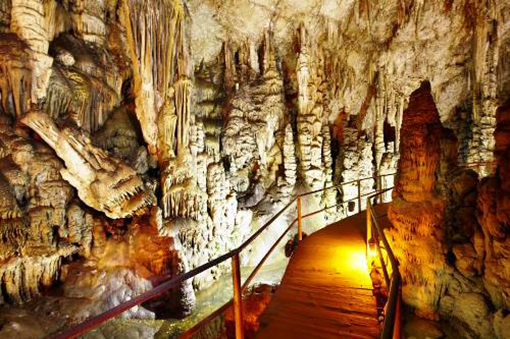 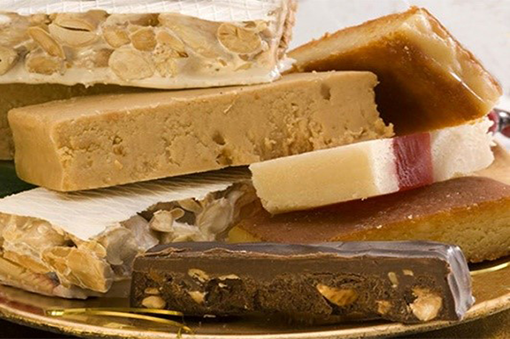 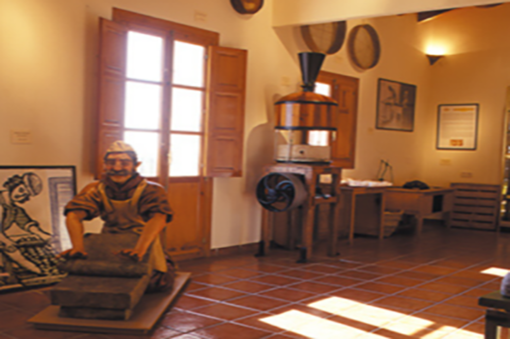 The production and consumption of wine is an integral part of Spanish culture. The origins of wine production in Alicante date back to the 6th century BC. C. until medieval times, when the colonization of new territories in the Kingdom of Valencia led to an unprecedented growth in the number and size of the region's vineyards. Alicante was then a thriving wine-growing area and for many centuries the wealth of the province was based on the production of wine, which, after being practically annihilated by pests, was relaunched in 1932 with the granting of the Denomination of Origin Wines of Alicante. Today you will have the opportunity to learn more about the fascinating world of winemaking.

Transfer to L'Alfàs del Pí, a small town located in the Marina Baixa, at the foot of the Serra Gelada, surrounded by fruit tree plantations, alternating with olive and pine groves. Bodegas Enrique Mendoza, a family business that works with barrels from the best French and American forests, has been making quality wines in Alicante since the 1980s. The company's environmental concern has led them to grow their grapes using organic methods, controlled by technology. Using our own vineyard, controlling irrigation, using the best viticulture techniques and having the best grapes are the foundations for making the “best wine”, as Enrique Mendoza would say.

The visit to its cellar is an experience of discovery that gives you the opportunity to learn about the most important aspects of winemaking: the birth of wine, the production process and its conservation, in a professional guided tour. The visit will begin in the vineyard, where we will see the pruning field, followed by the bottling area and the underground cellar with more than 1,200 American and French oak barrels, and will end with a tasting of seven of their best wines (including a wine sweet Premium paired with chocolate), accompanied by a selection of Spanish cheeses and sausages.

On the way back to the hotel, we will make a stop at El Albir, a beach of great beauty that has a pleasant promenade lined with palm trees called "Paseo de las Estrellas", where stones have been placed dedicated to the stars of national cinema, from the The city holds an annual national film festival every July. From the viewpoint you can enjoy wonderful views of the town of Altea and the Ifach Cliff.

Departure for Orihuela, a medium-sized city located in the interior of the Costa Blanca South and the largest population center in Vega Baja, which is a rich, green and fertile valley where citrus cultivation is the main activity.

Few sights are as beautiful as a citrus field full of oranges, and Orihuela is a perfect place to admire the beautiful fields where these fragrant fruits grow. There we will visit an organic citrus farm, a family business committed to the environment and traditional production processes.

During the visit to the fields, where different varieties of oranges and other citrus fruits are grown, including interesting varieties such as the Buddha's hand and the finger lime (citrus caviar), we will learn the secrets of the natural techniques of organic farming. Then we will taste some of the delicious fruits at their best, just picked from the trees.

Continuation to Elche, third largest city in the Valencian Community and cradle of history. The pieces of Iberian art dating from the 4th century BC found in the nearby archaeological site of La Alcudia (such as the Lady of Elche, currently exhibited in the National Archaeological Museum of Madrid) testify to the ancient origin of this inland town located 93 km from Calpe, famous for its footwear industry, the largest in Spain, and cataloged as "The City that Never Ends".

Elche is also known for its Palm Grove which, with more than 200,000 specimens, is the largest in Europe and has been declared a World Heritage Site.

Visit of the Huerto del Cura (Cura's Garden), declared a National Historical Garden, which has palm trees from all over the world arranged in a peculiar way, following Arab, Mediterranean and local influences. In this area, where it is also possible to admire great examples of traditional architecture, the Imperial Palm stands out. It is an impressive 150-year-old specimen with eight branches.

Optional lunch at a local restaurant with a delicious paella menu and return to Calpe in the afternoon. Departure for Jijona, a small town known since the Middle Ages for its excellent honey and its productive almond orchards. These are the main ingredients used to make nougat, a sweet similar to nougat made mostly with almonds, sugar, honey and egg whites, which is traditionally eaten at Christmas time.

Visit to the Nougat Museum, a private institution dedicated to the conservation of the technological heritage linked to the production of nougat, where the processes of raw material, production and marketing of the product are explained and the manufacturing utensils are exhibited. After the visit, we will taste some exquisite varieties of locally produced nougat.
Continuation to Villajoyosa, a coastal town with a long seafaring tradition with a beautiful coastline, lined with colorful houses, intentionally designed so that sailors could see them from their boats.
The chocolate industry in Villajoyosa is as famous as it is old. To learn about the delicious art of chocolate making, we will visit the Valor Chocolate Factory, a company founded in 1881 and run by five generations of master chocolatiers ever since. The visitor goes through the 500 years of history of this food, from the grinding of cocoa in stone to the present day, thus knowing its origins, the existing varieties of cocoa, when it arrived in Spain and the tools that have used it throughout the centuries. centuries to consume it. After the visit to the factory and the Chocolate Museum, which houses one of the best collections of machinery used in the chocolate industry, there will be a tasting of different chocolate specialties that make your mouth water. Return to Calpe.

solarroute
We use cookies on our website to give you the most relevant experience by remembering your preferences and repeat visits. By clicking “Accept All”, you consent to the use of ALL the cookies. However, you may visit "Cookie Settings" to provide a controlled consent.
Cookie SettingsAccept All
Manage consent