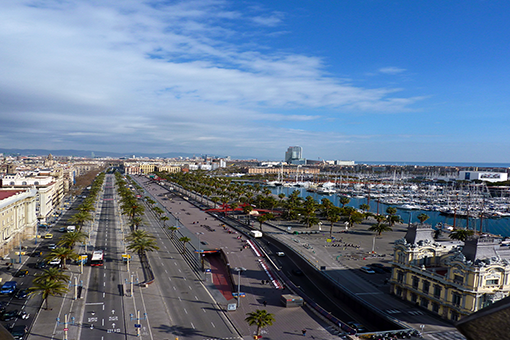 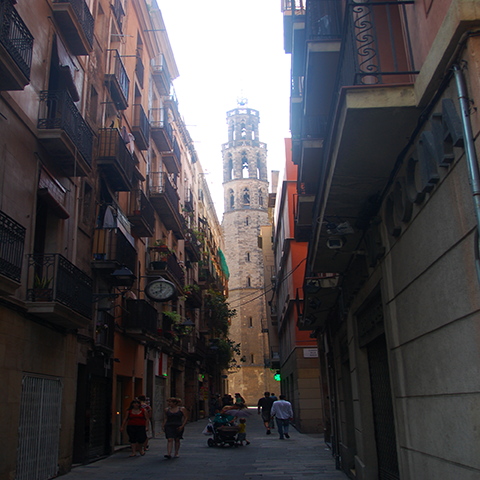 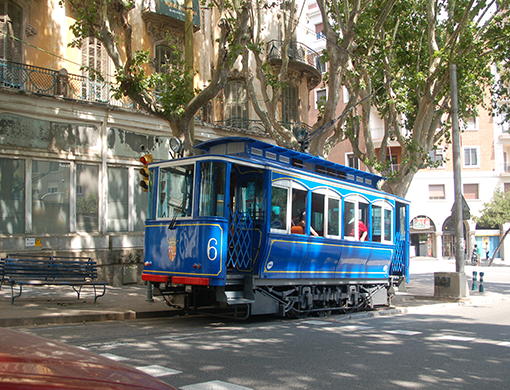 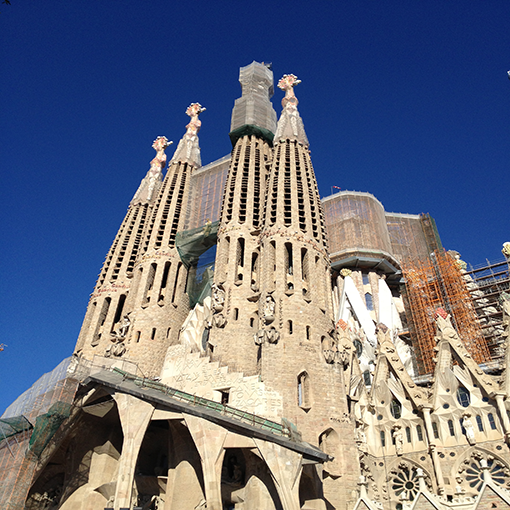 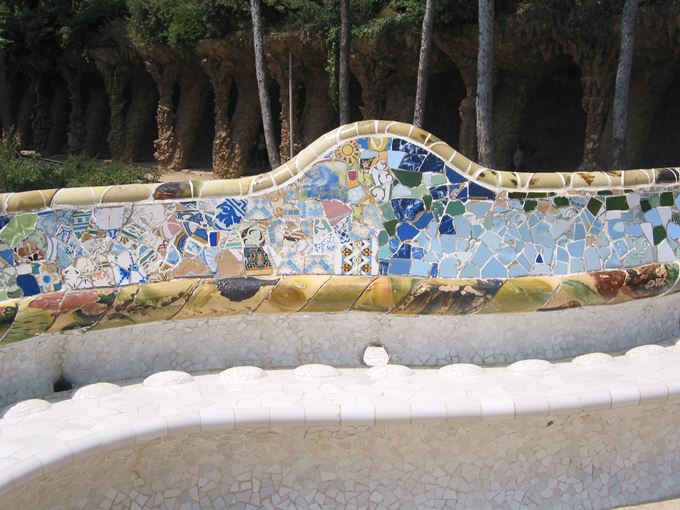 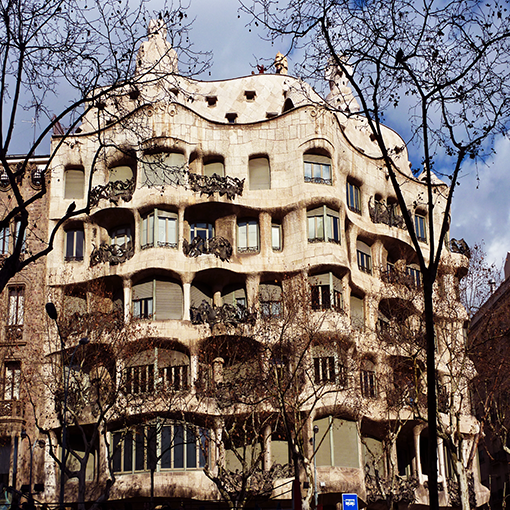 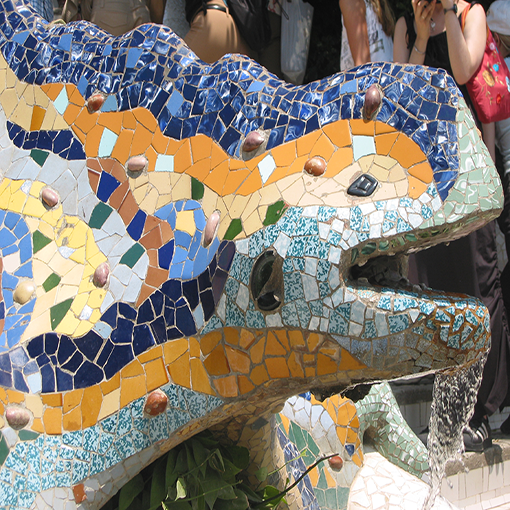 Barcelona and its charms

Pick up at the airport and transfer to the city. We take the opportunity to make a first contact with a panoramic view of it, we pass by one of Gaudí's masterpieces, the wonderful Casa Milà. The gigantic building is inspired by the forms of nature. The façade is shaped like rock walls, and the windows look like caves, hence when it was finished, it was mocked, and was called “La Pedrera” – the quarry. We will continue with the famous square, Portal de la Pau, with the great statue of the hero of the sea Christopher Columbus, made as a tribute to his discovery of America.

In the afternoon we will take a pleasant walk along the famous Rambla, located between Plaça de Catalunya and the sea.

We feel the soul of the city in the lively pedestrian street, where florists, street artists and cartoonists meet among outdoor cafes and leafy trees. We end up at the very popular food market, La Boqueria.

We teleport back to the Middle Ages for a tour of the Gothic Quarter. Thousands of narrow streets wind between charming squares, sprawling medieval buildings, trendy cafes, elegant restaurants, tapas bars and chic fashion boutiques. In the midst of it all, the sharp silhouette of the cathedral rises. We visited the great Gothic church dedicated to the patron saint of Barcelona, Santa Eulàlia, who as a Christian refused to worship the gods of the temple.

On the walk through the city we also pass by one of the most outstanding buildings in Barcelona, the Picasso Museum, which houses one of the most extensive collections of the Spanish artist Pablo Picasso (1881-1973).

By metro, we continue to the new Eixample district, where we have plenty of time to admire one of the most visited places in Spain, the symbol of Barcelona, Gaudí's unfinished church, La Sagrada Familia. An amazing architectural masterpiece, despite the fact that it has been under construction for almost 140 years. Gaudí had devised a groundbreaking design that moved all known architectural styles. From the outside, the church looks like a fairytale castle with colorful spiers and fancy flowers. Free time for lunch.

Free day to explore the amazing city on your own. We recommend a visit to the Picasso Museum, where especially the blue and pink period are well represented. Or perhaps a visit to Gaudí's Casa Milà, where a walk around the roof terrace, with the chimneys of extraordinary shapes, is a special experience. Take a walk along the exclusive shopping street Travessera de Gràcia, which offers a large number of well-known brands in the field of design and clothing, or maybe a trip to the beach is tempting? Life can also be enjoyed in an outdoor cafe in one of the city's cozy squares, with a wonderful paella and a glass of sparkling cava. Barcelona offers a sea of possibilities, simple never gets boring here.

Free day or optional excursion to visit some vineyards with cava tasting.

For many years, sparkling wines have been appreciated on festive occasions in most parts of the world. Enjoy this half-day trip to the cava wine region amidst the rolling countryside west of Barcelona. The good soil conditions and the many hours of sunshine in Sant Sadurní d'Anoia make the area the perfect place to make the famous sparkling cavavin. The best way to make sparkling wines is according to the "traditional method", where other fermentations take place in the bottle. Cava is the Spanish equivalent of champagne, which is produced in the same way.

We visit Freixenet, the world's largest producer of sparkling wines made using the same method as champagne. We follow the magical transformation of the grapes, listen to explanations about the production and see how tradition and cutting-edge technology coexist. We finish with a visit to the beautiful Segura Viudas manor house from the 11th century. The white buildings, now owned by the Segura brothers, house one of the most renowned wineries in Catalonia. The building has served as a monastery, fortress and country house, but grapes have always been grown on the property. Vines grew everywhere, so the house was called the "House of Grapes." The brothers proudly launched their own cava, which was quickly recognized for its quality, so it is not in vain that Segura Viudas is one of the most awarded brands in the production of cava. And after an exciting tour of the vineyard we will end with the tasting of 2 delicious glasses of sparkling wine with a view of the vineyards.

Today we can enjoy an optional visit to the Miró Foundation.

Get an impression of the Spanish painter and sculptor Joan Miró (1893-1983), who was born in our hotel building. Miró combined abstract art with surrealism and is counted among one of the world's most influential painters of the first half of the 20th century. Miró was honored with the museum of his hometown, Barcelona, where he also left his mark in various places in the city. At the airport in Terminal 2, he has designed a 50 meter long mosaic. Perhaps you have already noticed his mosaics on La Rambla? He has also designed the logo of the largest bank, La Caixa.

By metro and cable car we reach the Fundació Joan Miró Museum, located on the slope of Montjuïc, 200 meters above sea level. The museum was founded by the artist himself in 1975 and houses some of Miró's many masterpieces with strong colors and fantastic shapes. There are over 200 paintings and 169 statues here, and don't forget to check out the Barcelona series. From the terrace of the museum there is a beautiful view of the city. The impressive building with Mediterranean features is beautifully integrated into the landscape and is considered one of the best in the city. Return to the hotel and free time until the time of transfer to the airport.

solarroute
We use cookies on our website to give you the most relevant experience by remembering your preferences and repeat visits. By clicking “Accept All”, you consent to the use of ALL the cookies. However, you may visit "Cookie Settings" to provide a controlled consent.
Cookie SettingsAccept All
Manage consent